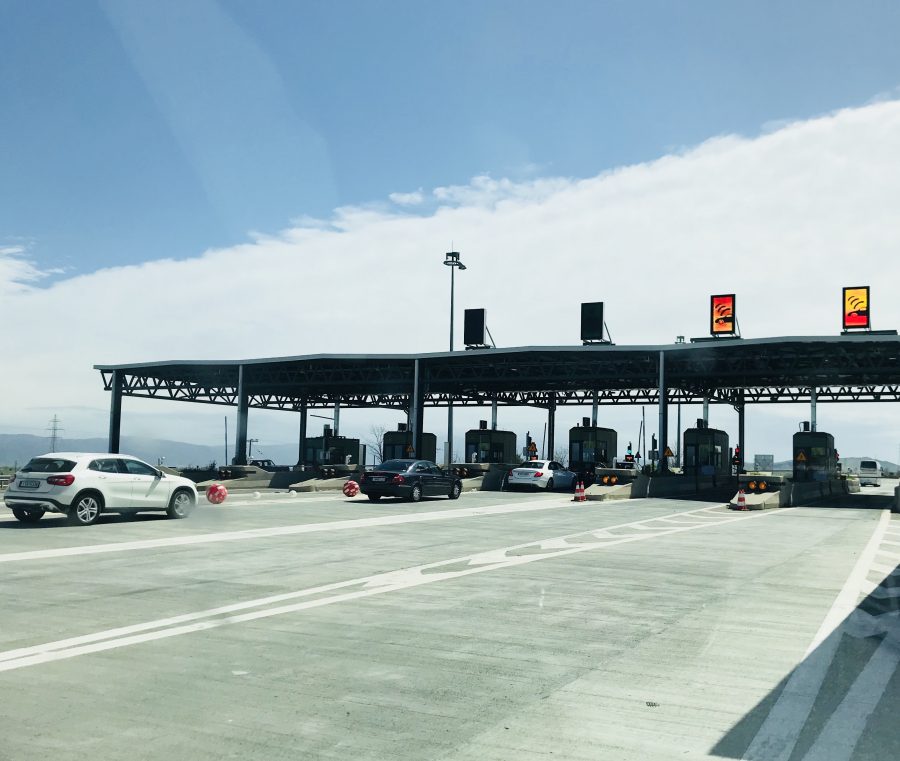 As you can see on my live map, I have been travelling from the Northern West coast of Greece through the inlands to Thessaloniki and Macedonia over tho Halkidiki and now Thessaly on may way to Athens.

I can tell you I am really surprised about the high tolls I had to pay already – overall more then 150 Euros. More reason for me to dig into the system of toll fees deeper and share my experiences of my research with you.

Why do you have to pay?

Greece has a moderate developed route network. There are numerous national roads, most of which have been upgraded to highways since the 1960s. You can tell there is still a lot of construction work going on as they slow down traffic on highways approximately every 100 kilometers to do road work.

The financing of such construction projects in Greece is largely realized by charging toll for the use of highways. There are also some private motorway sections that are subject to tolls. In addition to the highways, you will also have to pay tolls for some bridges and tunnels on your trip. Noteworthy are the bridge between Rio and Andirrio, the underwater tunnel between Aktio and Preveza and the tunnel between Artemission and Corinth.

How much is the toll?

Unlike the toll in Austria or Czech Republic you do not have to buy a vignette in Greece. Instead, a fixed price per vehicle type for the toll road sections has to be paid. This is possible at the respective toll stations at which you will have to stop.

On my way from Thessaloniki to Athens, there has been a toll stop every 80 to 100 kilometers. You can either pay in cash or by credit card. To have easy access to toll money, I got into the habit of carrying a little box on the driver’s seat with at least 50 Euros of small money in it.

Basically, the toll rates in Greece are moderate except for the route Thessaloniki to Athens. For cars, the costs per track usually stay below 4 euros. It is very different for a motorhome though as they will be treated mostly as truck and you therefore end up paying between 4 and 9 Euros.