Tallinn – Not only a Ferry Port

Tallinn in Estonia was Fiete’s and my last destination on our tour along the Baltics.

I honestly thought this was just a city with a ferry port where people leave to Stockholm or Helsinki from. Oh, if I would only have done my homework upfront, I would have known that Tallinn is not only the capital of Estonia, but also very well known for its medieval town.

And it’s a beautiful, very unique city to explore. I wish I would have spend more days here and not only a night at the ferry port to continue our travel adventure in Scandinavia.

The port of Tallinn itself has been massively expanded in recent years to meet the growing number of cruise liners and passengers visiting – it’s a huge, modern and impressive port. 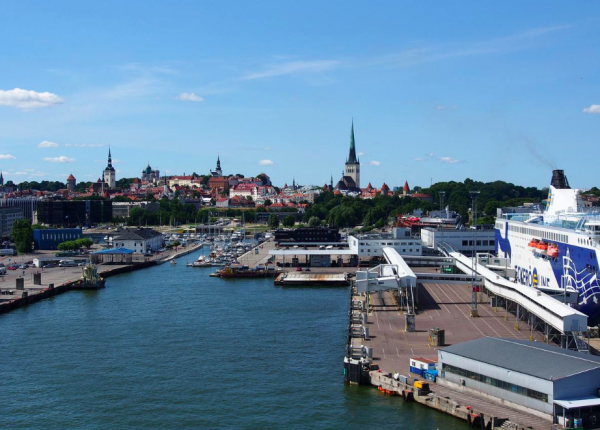 There are nowadays about 350 cruise ships in Tallinn per cruise season, bringing passengers from all over the world to the city. Tallink, Eckerö Line and Viking Line seem to be the most common providers of cruises and ferry rides here.

But what is so interesting about Tallinn that over 4,5 million visitors come to this city each year? Time for some history facts before we explore the city together

The capital of Estonia was formerly known as Reval until 1918. With its 430.000 inhabitants, it is the largest and most important city in the country. Estonia itself belongs to the EU and the currency of the country is the Euro.

Tallinn is especially famous for the wonderful old town, which we will learn later on. It is also a young, modern and vibrant city with many trendy bars and restaurants. 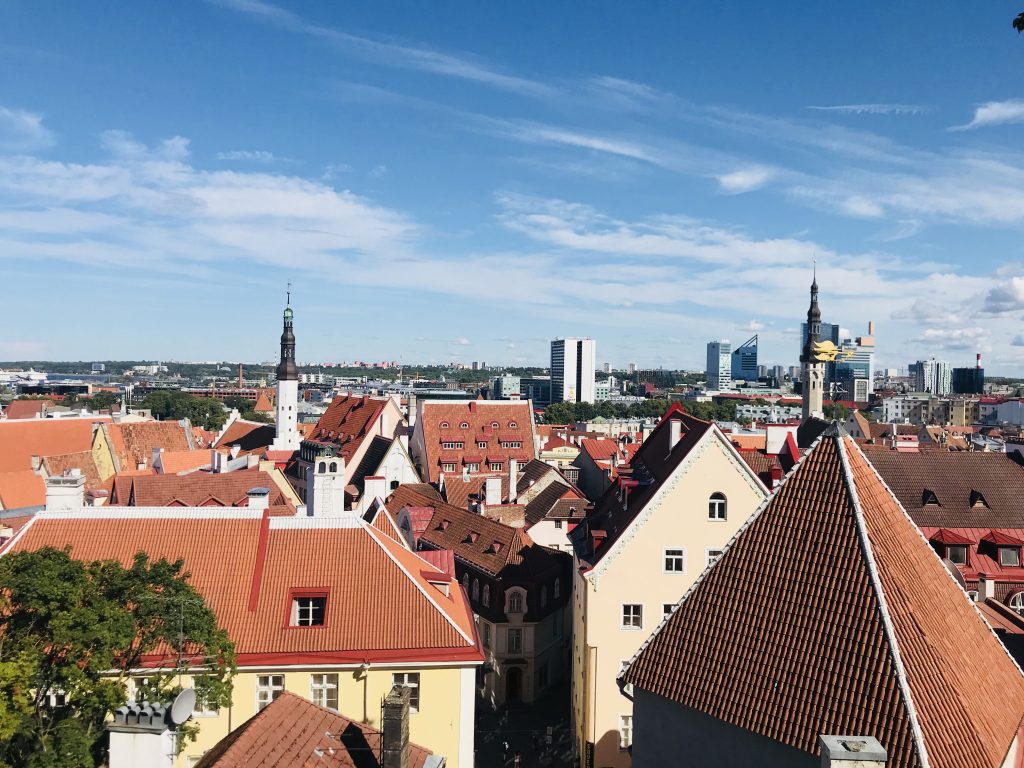 The former wealth of Reval resulted from the importance of the city for the trade of the West with the Russian Empire. All goods had to be stacked at the gates of the city. The merchants thus earned a golden nose at the trade between East and West. So Reval grew quickly and became a fortress.

Oh wow! How much I underestimated this town. Have you ever been to Rothenburg ob der Tauber in Germany? Well, Tallinn is just like it – just at the Baltic Sea. And in Estonia. Simply and amazing experience. A different world.

On the way from the ferry port to the Old Town, you can find the Russian Orthodox Cathedral of St. Simeon and St. Anne near Sadam market.  This church resembles a Lutheran style with Oak green wood facade. It is a very small cathedral but even more interesting. Make sure to sneak inside. It’s worth it. 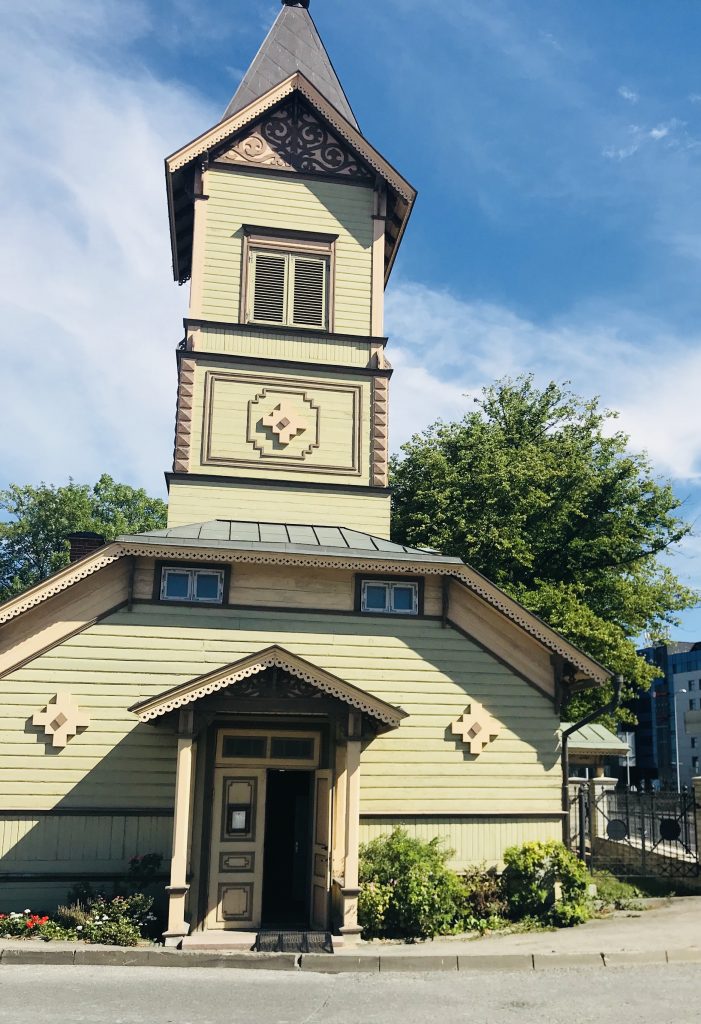 The Old Town of Tallinn is divided into the Upper and Lower Town. Let’s explore both of them together.

In the Lower Town, which was given its own city walls in the 14th to 16th centuries and thus became the fortress next to the actual fortress on the Domberg, a large piece of the old city wall can still be seen. About 2.5 kilometers. 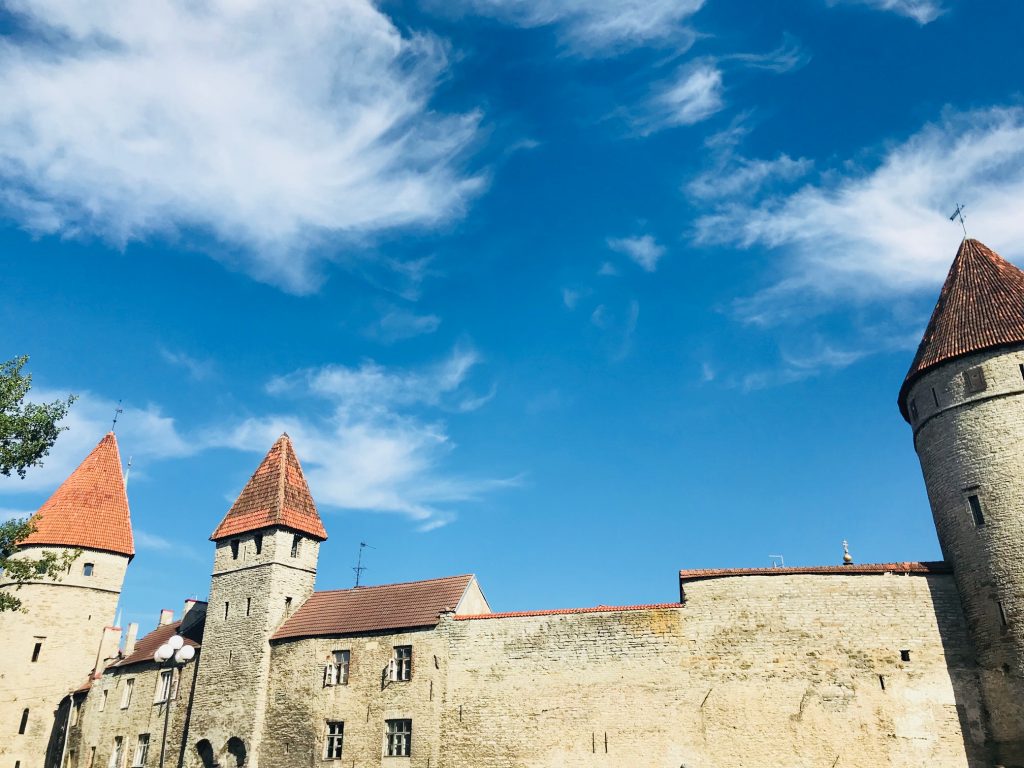 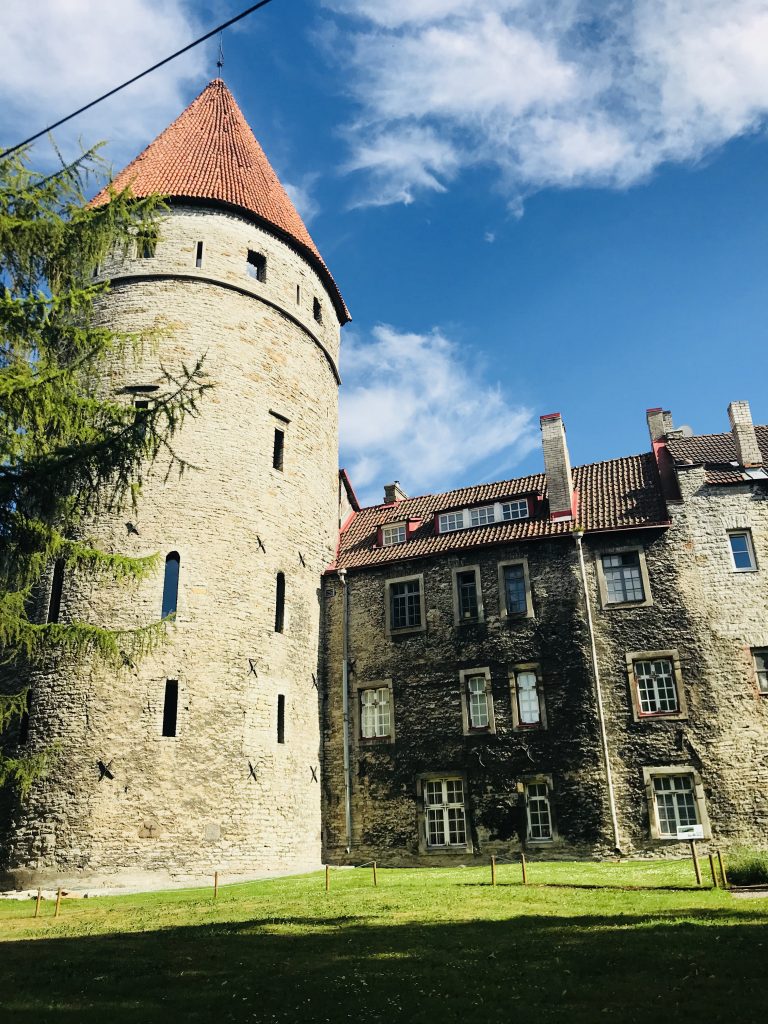 If you come from the harbor side, makes sure to enter the Lower Town through the city gate “Große Strandpforte” and you will find yourself on the Pikk-Straße. 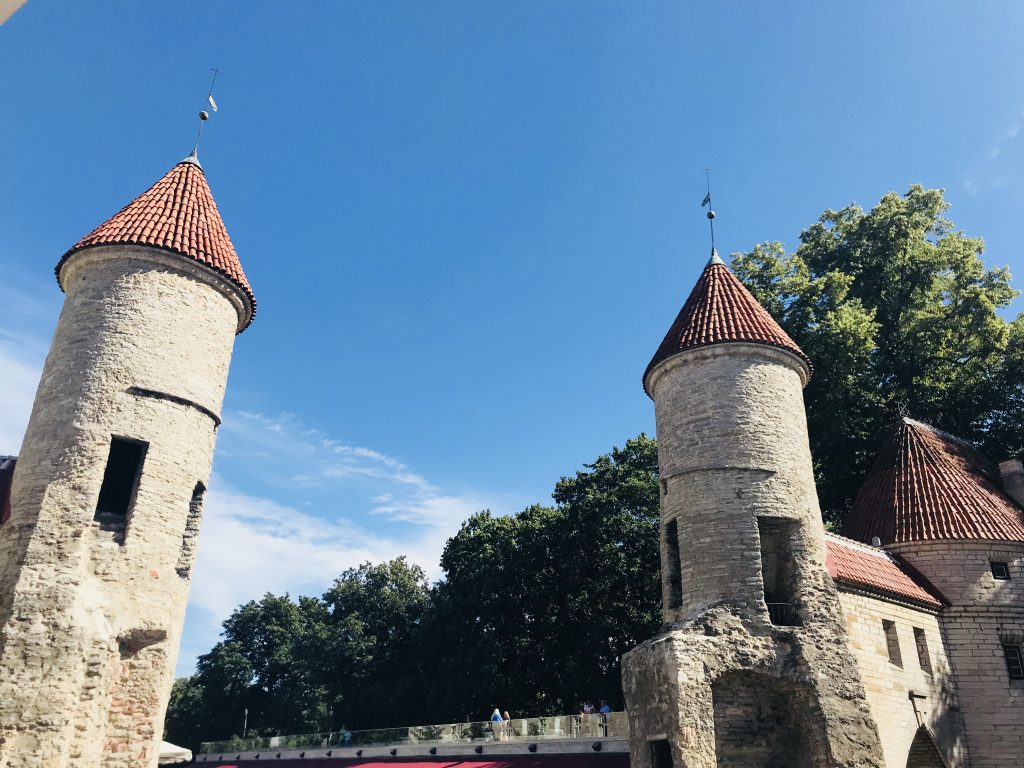 This is one of the oldest streets in the city and served as a link between the harbor, Lower Town and Domberg. Here are the magnificent guild houses of the medieval merchants. Really impressive. 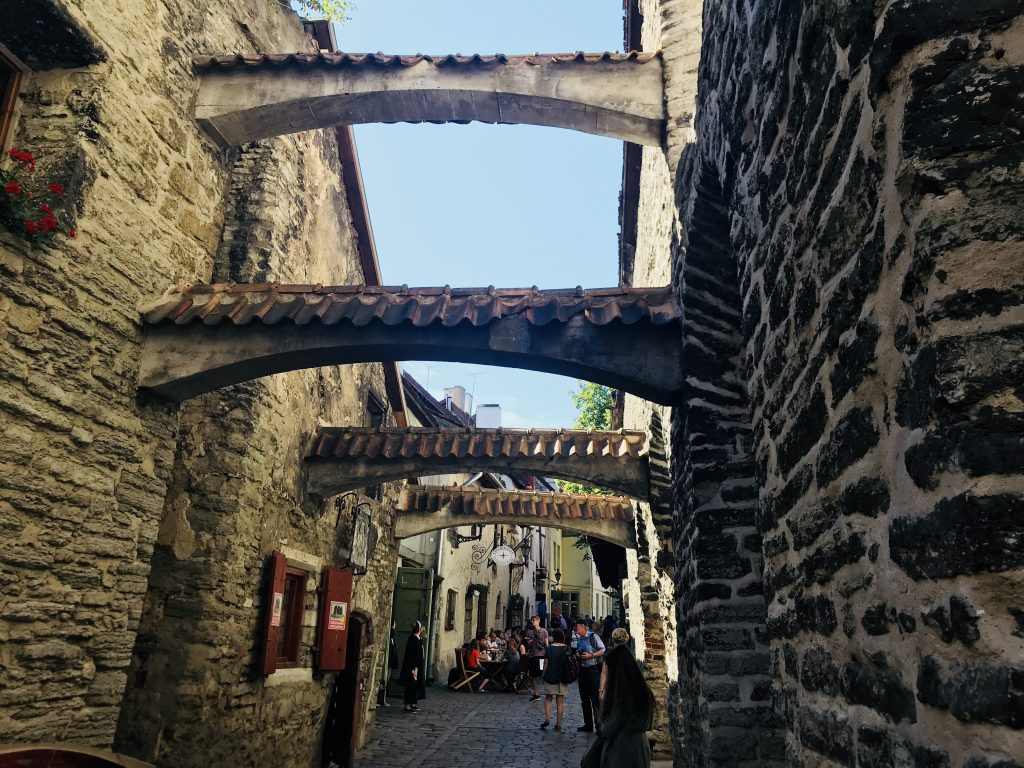 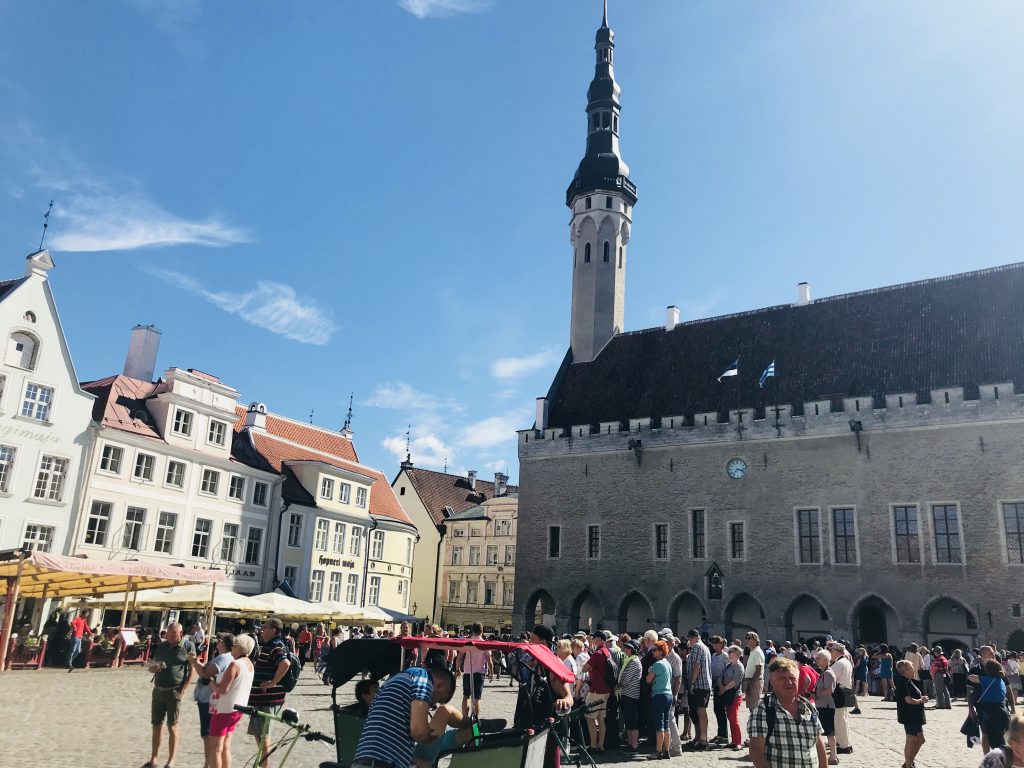 The weathercock on the roof of the Town Hall is called “Gamle Toomas” and is the landmark of the city. There are many cafés in the Town Hall Square. At the market stalls you will also find souvenir shops – literally one after another. 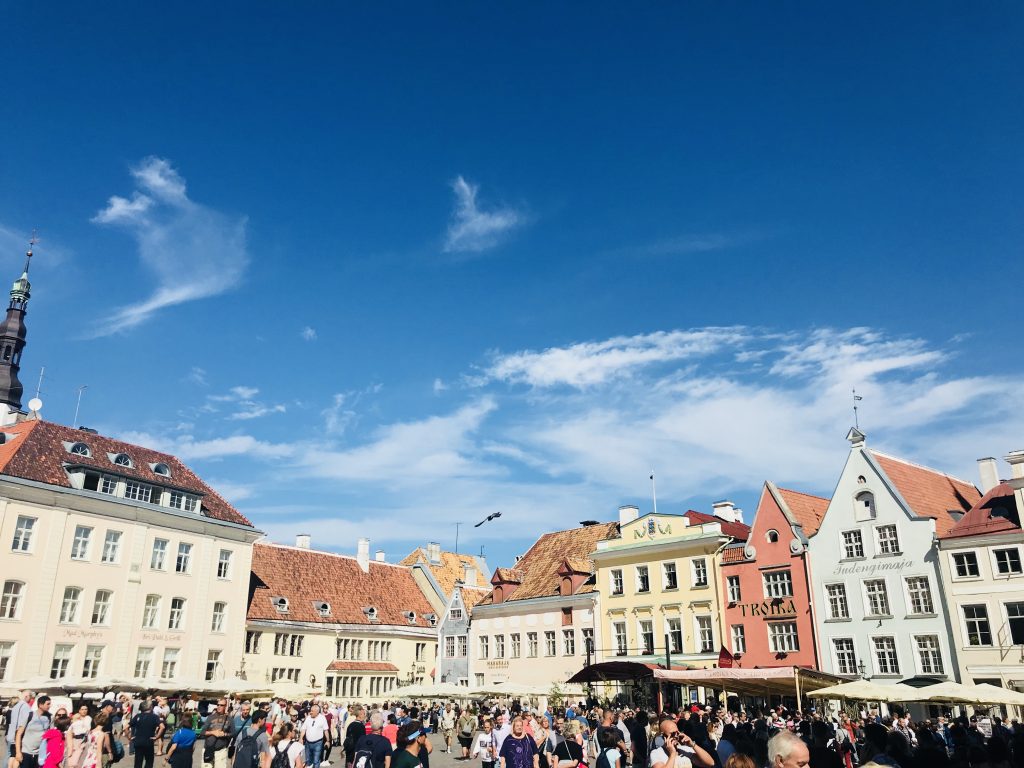 The Tallinn Ratsapotheke is considered one of the oldest pharmacies in Europe. 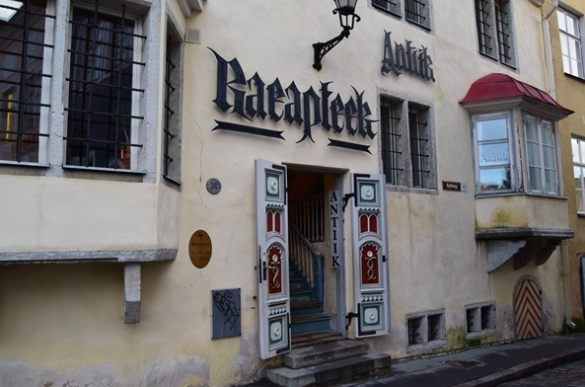 From the Town Hall Square, the medieval streets lead to all parts of the Lower City, where sights can be discovered everywhere. 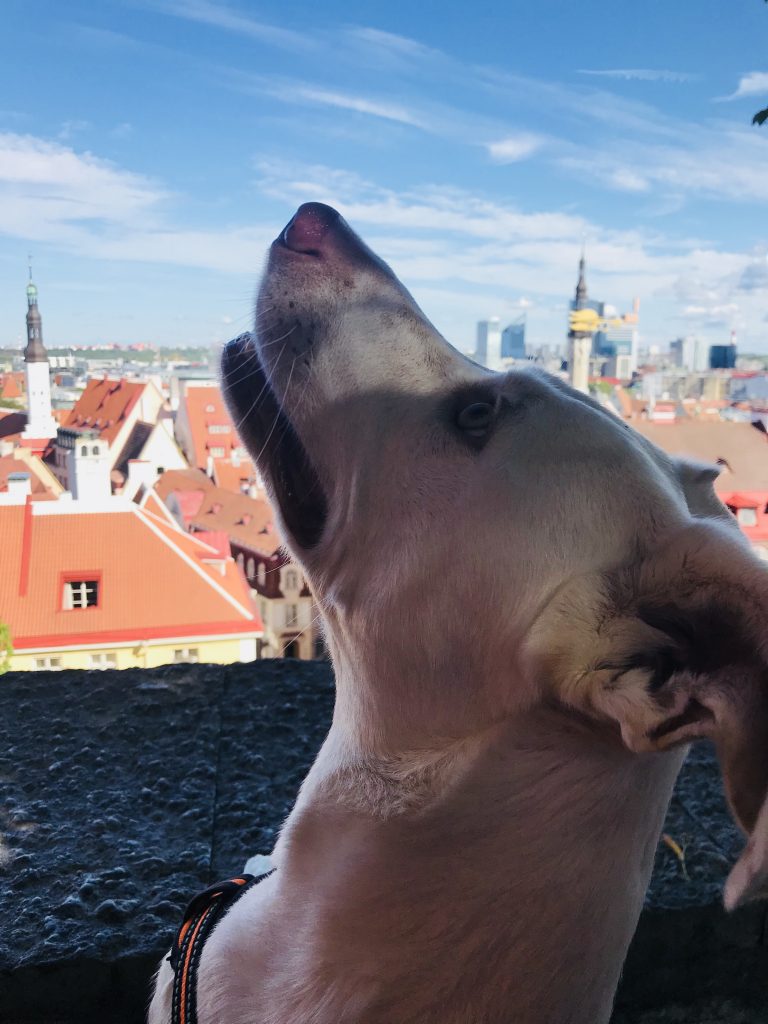 The Domberg is the so-called Upper Town. Here are the Tallinn Cathedral and Alexander Nevsky Cathedral. This looks a bit out of place with its onion domes and its reminiscent of St. Petersburg. 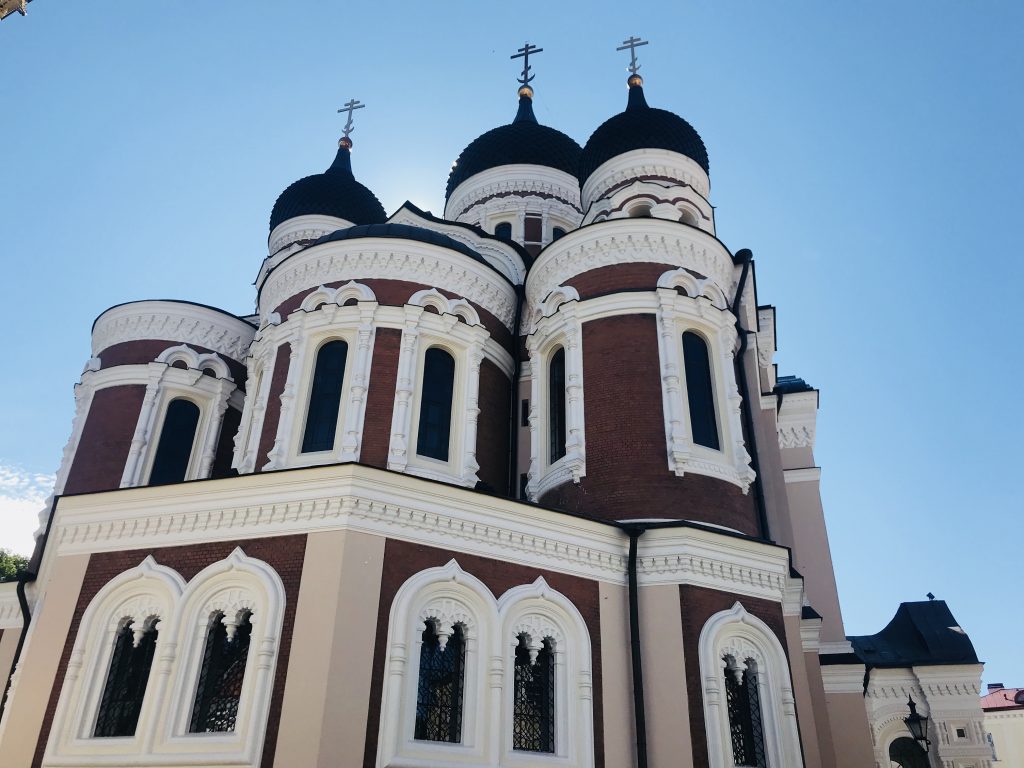 At the center of Domberg is Toompea Castle, which is now the seat of the Estonian government. 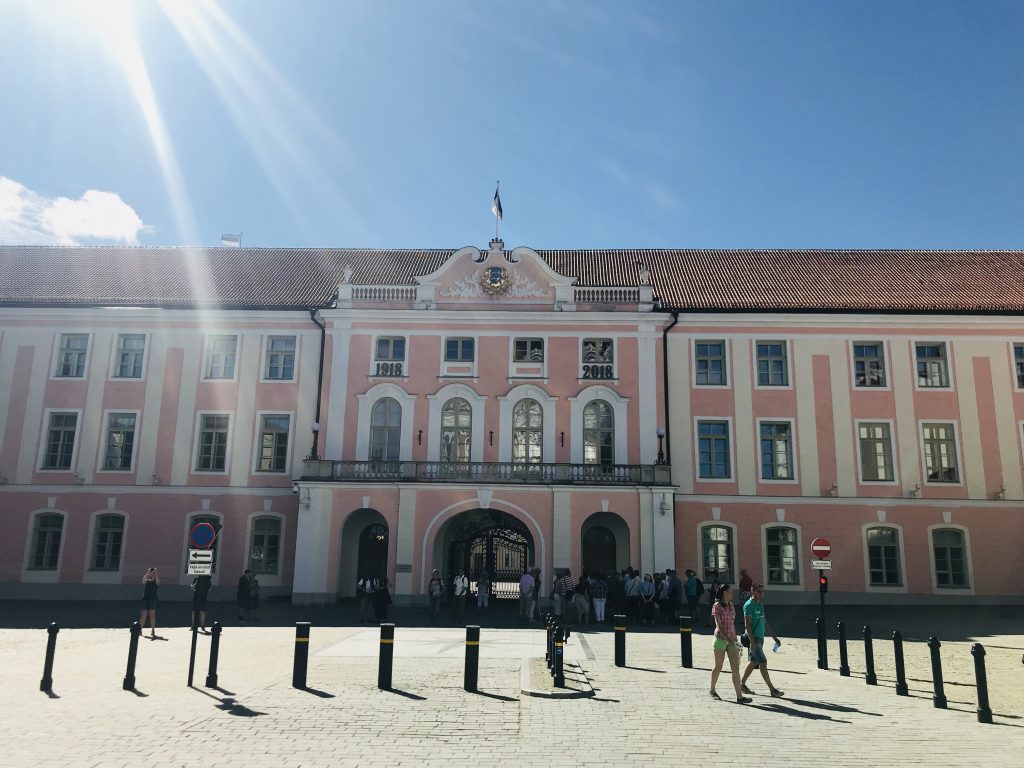 From the Patkuli observation deck you have a great view of the Old Town, the city wall and the harbor. 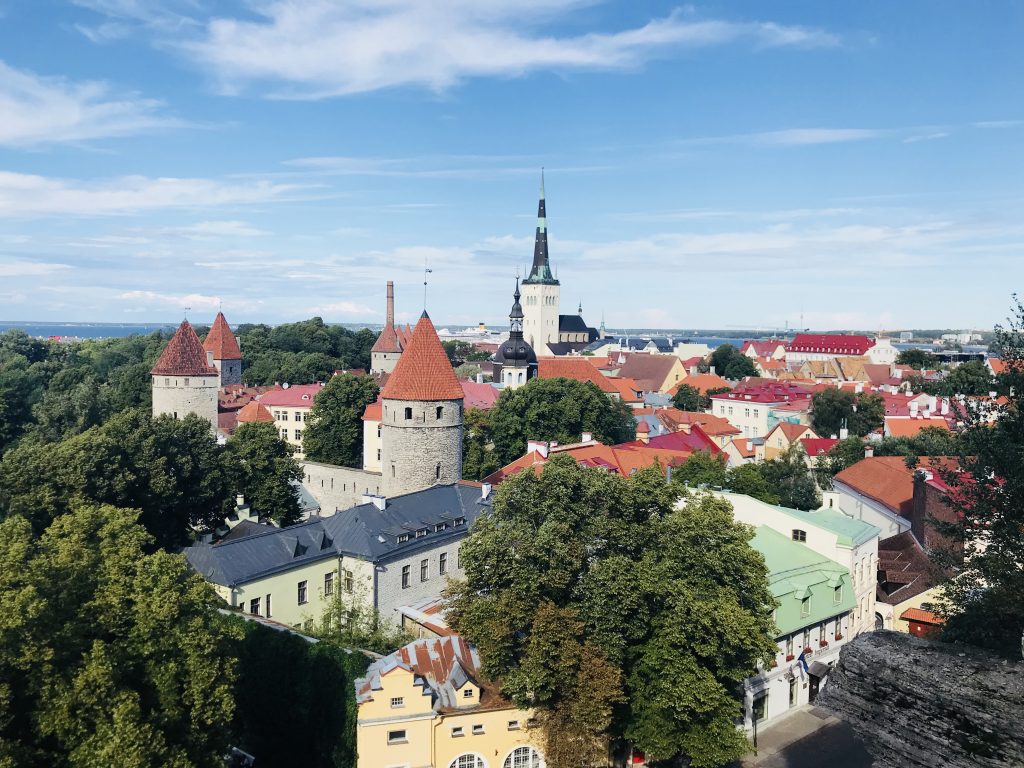 Thumbs up for Tallinn

Overall, I suggest you plan in two days to discover the full beauty of this town. There are plenty of good restaurants and bars around. Dogs are welcomed everywhere. So I am sure you will not regret a visit to Tallinn and have an exceptional time in this exceptional medieval town.

All thumbs and paws up for Tallinn!